You are here: Home / Where we work 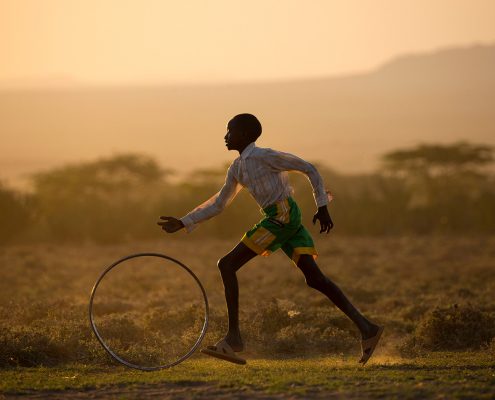 This geographic area is the traditional home for several pastoralist groups – Boran, Samburu, Somali, Turkana and Rendille. Many others living in the urban areas are from elsewhere in Kenya.The counties are characterised by vast semi-arid plains interspersed with dramatic mountain ranges. Despite a population of more than 800,000, there are only a few towns about 120 – 180 km apart, most of which are reached by travelling long hours on dirt roads in a strong vehicle.

The counties contain some of the most marginalized communities in Kenya. They are ranked between second and fifth poorest in the country with four out of five people living on less than $1 per day. Less than 5% of the population has access to electricity. Improvement to livelihoods has been further confounded by frequent cycles of drought and the ensuing food scarcity and depletion of herds.

The rural communities primarily consist of semi-nomadic pastoralists who invest in herds of goats, sheep, cattle and camels. The men move livestock seasonally to fresh pastures while women and children are sedentary, living close to a village and its primary school and health clinic. This process of sedentisation is driving much of the development of the area, but it is also bring with it strains on individuals and families as social change happens at both a fast and slow rate.
SAIDIA’s head office is in Maralal, the administrative centre for Samburu County. It has a field office in Baragoi.